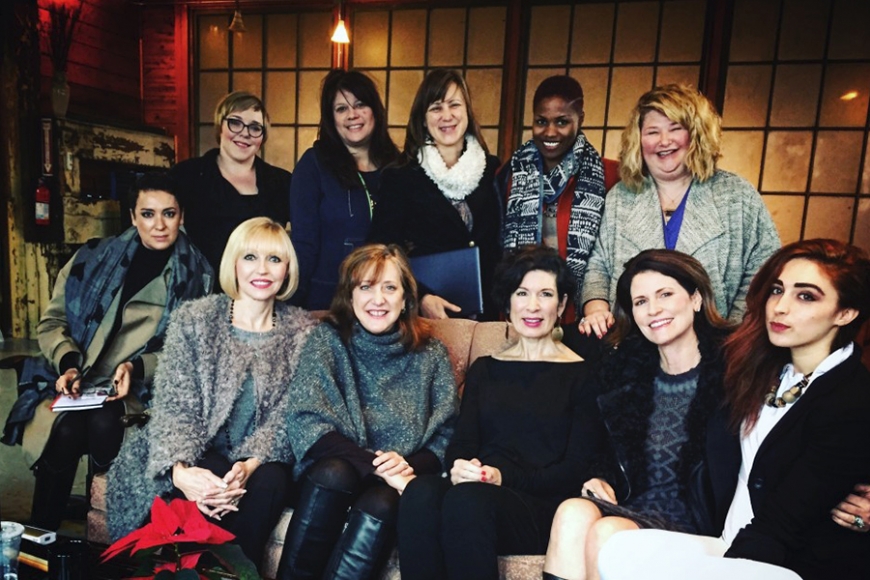 The featured panelists and A Dot founder. Image via A.

Hear from a diverse group of industry leaders who believe there is more to Pacific Northwest Fashion than just rain boots and damp hair.

On Sunday, January 10, A Dot (A.), a local production company created to bring together people in fashion, hosts a unique convention featuring a dozen female leaders in the Pacific Northwest fashion industry.

The A. Convention is the brainchild of wildlife researcher and runway producer Ava J. Holmes, who last year conducted 100 interviews to examine Seattle’s fashion industry through the eyes of its local leaders. The highlights of this massive interview series will be released to the public on the day of the convention, along with a panel discussion featuring a dozen notable women who participated. These names include Nordstrom executive Michele Rutherford, Runway to Freedom founder Lauren Grinnell, and fashion entrepreneur Nishika de Rosairo.

The diverse group of women come from six different continents and will give guests an inside look into their expertise and fashion innovations. “From a zero-waste event production company, jeans made from recycled cotton in collaboration with LEVIS, and a dozen new fashion events that are premiering in the US, each featured entrepreneur has unique visions for what they will contribute to Seattle’s fashion community in 2016,” says Holmes.

The goal of the convention is to encourage guests to speak with panelists and directors so that they better understand how much this city has to offer. “We also want viewers of the project to feel the same encouragement and participate in the conversation of fashion in Seattle.”

Read 4027 times Last modified on Monday, 30 January 2017 22:14
Tweet
Published in Press Digest
More in this category: « Ask An Entrepreneur: How Do I Create a Brand Identity? Suley ERA… Curious? New PR it’s on the Horizon… »