On The Town: A. Convention Fashion Conference Featured 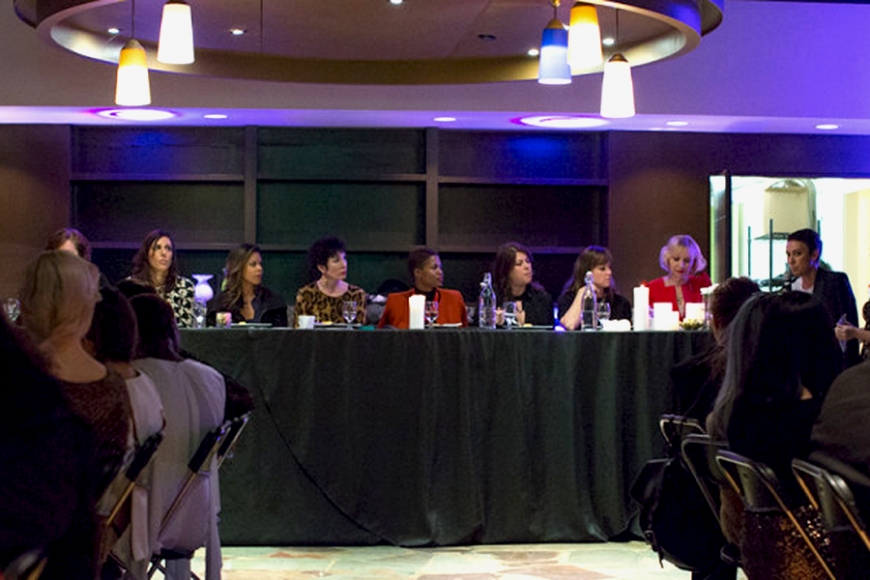 On Sunday, January 10, A. Productions invited Seattle’s leading fashion industry figures to their A. Convention Fashion Conference in efforts to start a much-needed dialogue about the fate of fashion in an ever-changing Seattle. The panelists were selected through a series of interviews of Seattle’s top 100 women in fashion, conducted by A. founder Ava J. Holmes. A. Productions uses fashion as a platform to realize its founding goals: women’s empowerment, sustainability and mentorship.

The brunch was held at Factory Luxe in SoDo, tucked away in a charmingly lit alley. Inside, the tables were decorated with white roses and the room was dimly lit. Host Andrea Keenan checked people in as Holmes did her best to greet every guest. Attendees ranged from young designers to tenured fashion entrepreneurs to individuals in fashion management.

In such a rapidly growing city laden with tech culture, Seattle is at a crossroads. Will local fashionistas transform the city into a leading fashion mecca, or will its style diminish as the population grows? Seattle is home to undeniably fashionable people, but they are far from the majority. The panelists were optimistic that Seattle can evolve stylistically, fueled by events like this conference.

Besides the panel, the conference also offered delightful surprises here and there. Dancers Natalya Zrazhevskava andUmario Diallo gave a red-hot performance to the Moulin Rouge’s “El Tango de Roxanne.” At the end of the event, the members of A. Productions presented a quick runway showcase of the event’s organizers.

While Seattle does not have the fashionable history or reputation of Paris or New York, there are indeed some who are seeking to change that. Seattle’s rapid growth and market capital makes 2016 a ripe time to cultivate a thriving fashion community. Let’s hope the city follows suit.

More in this category: « Suley ERA… Curious? New PR it’s on the Horizon… What’s Your Story »