David Tupaz: “When you are a creative person - the universe gave you that gift” Featured 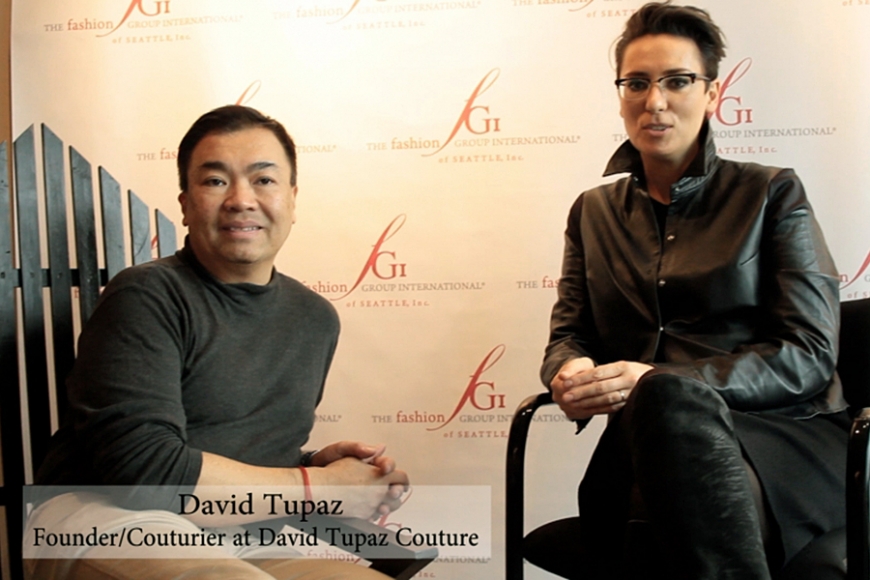 David: We are installing part of my collection here at the exhibit hall of the Art Institute (in Seattle). Thanks to Yuliya. I think she is one of the visionaries and has a vision for fashion and art and all of that. There are very few people I think who share that, you know, with a passion. Some people do it just thinking about it, but it’s different when you have passion for it.

David: Well my mission now is actually to share the knowledge and the support of helping the younger generation of designers and creative people and their creative growth. I think not everybody today can afford to go to fashion school or the art institute, you know. There’s a lot of younger generation that have that inner talent and creative talent and vision but they don’t have the program or they don’t have the venue to express it.

David: Exactly! And with regards to the city and the state or where ever they are at, I don’t think there is any program that would support this. So I think that is the bigger picture. I always believe I grew up in a culture that it is “What you can give”, not “What you can get”. That’s is the culture I grew up with. I remember when I was a child, my grandfather told me that “David, ever since you were a little boy, I saw that you were very creative.” 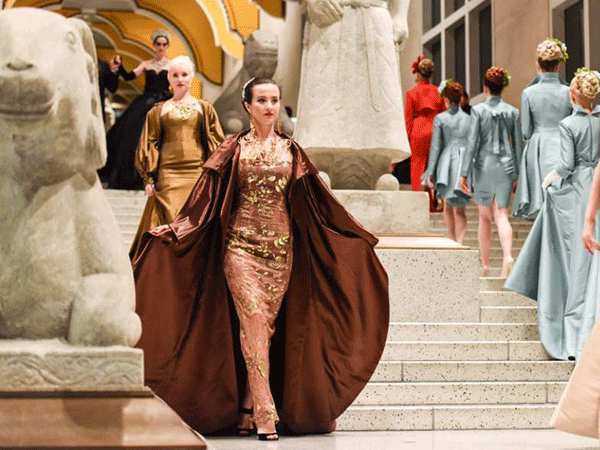 Yuliya: So you believed it.

David: Yes! And he was one of my biggest supporters. He told me, “When you are a creative person you have to feel honored because the universe gave you that gift, because creativity is not available to everyone, but the fact that the universe chose you to have that creative talent you have to feel honored because the universe could have given it to the next guy, but he gave it to you. Why?! Because that is your mission.” He said to me, “When you’re a creative person, you are like a lamp.

You don’t put a lamp under the bed or keep it in a closet or in a box. You put a lamp in the center of the room, so everything around it is illuminated. That is the responsibility of creative talent, because”, he said, “You do not own it. The universe is using us as instruments for greater good. That is what creativity means.”

Yuliya: So I think that for the younger generation it is so important to have someone as a mentor.

Yuliya: As a mentor who would share the talent and knowledge and the energy. And I think, you’ve become a mentor, you’re becoming a mentor now.

David: I always believe that each one of us should be the best that we can be. My grandfather always told me this too, as I was growing he would always remind me whenever I saw him “David, you have to remember you have to be the best of what you can be.” I thought it was just cliché that our parents and grandparents say do your best, and don’t get in trouble.

I remember when I was graduating high school, I confronted him and I said, “Why are you always telling me that, is it out of habit or is it something else?” He replied, “You know what, you’re already growing older and for some reason you have a direction in life. You know what you want to take when you’re in college, but I’m sure there’s already in your head a path to where you want to go.” And he said that, “When the time comes that you reach your goal and follow your dreams, I might not be there anymore but that’s not the point.”

David: Being the United States of America I think my aesthetic, as a designer in the U.S. is my inspiration for old Hollywood. When women were elegant, when women were really beautiful, respectable and dignified. I think that’s the essence of my client. The way I see women. Other designers would focus on sex, or the supremacy of the feminine beauty but for me it’s the image that I see all the time, it’s like Audrey Hepburn. I see the image of Audrey or Grace Kelly, the time when women were very elegant. That is the era, and that is the time I want to bring back to fashion.

David was appointed in 2014 by Las Vegas Mayor, Carolyn Goodman a seat in the Arts Commission for the City of Las Vegas. He is also the creative director of the prime International fashion and art magazine in Las Vegas called, Chic Compass, He was the Board of trustees to the Miss Nevada Scholarship Organization for Miss America. He is a concert pianist playing since age 6. He is a collector of art and antiquities, an avid reader, and a researcher. He has judged beauty pageants like US Miss World and Miss Asian Las Vegas to name a few and sits as a consultant advisory Board for the Art Institute. He is now preparing to open the first Fashion Museum in Las Vegas.

Upon opening the first couture atelier in the City's history, Mayor Carolyn Goodman together with the City council of the City of Las Vegas honored David with a proclamation of 2 special days named after him, June 3rd for David Tupaz Day and December 13 for David Tupaz Couture Day.

Yuliya Suleymanova's Interview with the designer David Tupaz at the couture installation "Fashion Retrospective" at the Art Institute of Seattle.
More in this category: « Traditional Vietnamese Art Through The Eyes Of The World Beauty Queen