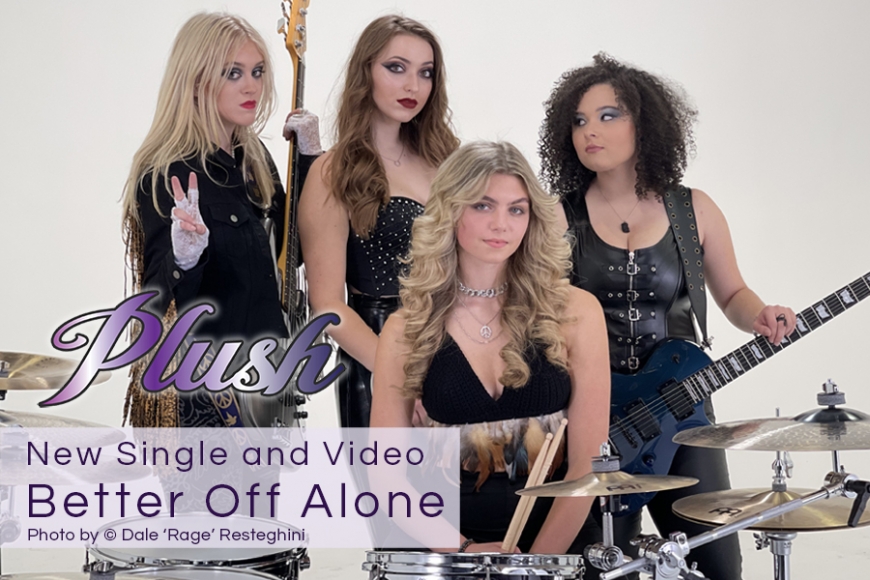 Plush - Better off Alone Directed by: Dale “RAGE” Resteghini
Vocalist Moriah Formica says, “‘Better Off Alone’ is a song about realizing what’s best for you and then doing it. I really hope everyone connects with this song and enjoys it!”

Drummer Brooke Colucci adds, “I love the musicality of ‘Better Off Alone’! The tom groove during the verses is a lot of fun to play. I’m very excited to play this song live, as I believe the crowd will really be able to get into this song!”

Guitarist Bella Perron notes, “I feel ‘Better Off Alone’ represents our chemistry as a band and showcases our vision of empowerment while also highlighting each of our own musical personalities. I hope you all love it as much as we do!”

Bassist Ashley Suppa shares, “This song is not only representative of heartbreak and anger, but also the independence of those feelings and the person who is causing you pain. Leaving is never easy but at times it is necessary. These are the moments in which you truly will be ‘Better Off Alone’.” 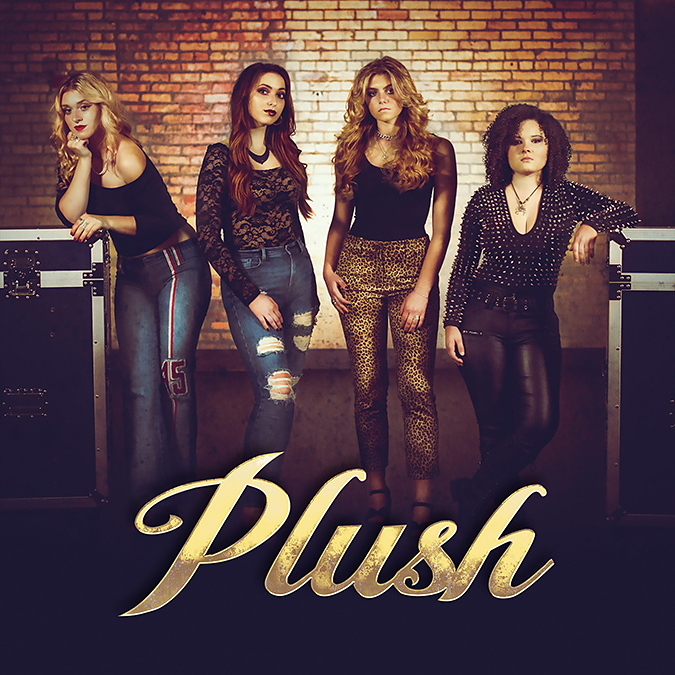 The ladies have upcoming tour dates starting with their self-titled debut Album Release Party on 2/11/22 in Albany, NY, following next day show with Daughtry in Uncasville, CT, and then opening for mighty Slash ft. Myles Kennedy for the remainder of the tour, finishing it at Daytona International Speedway
(Welcome to Rockville Festival).

For full tour details, check out the dates listed below and visit plushrocks.net.

PLUSH is an all-female rock band with a mission to bring rock back to the forefront of the music industry with a new fresh spin on the sounds you already love.

Singer Moriah Formica: "...PLUSH hopes to inspire young women everywhere to follow their dreams, regardless of whatever challenges may lie in the way.

PLUSH is composed of four talented women, under 21, whose accomplishments and talent eclipse their age. 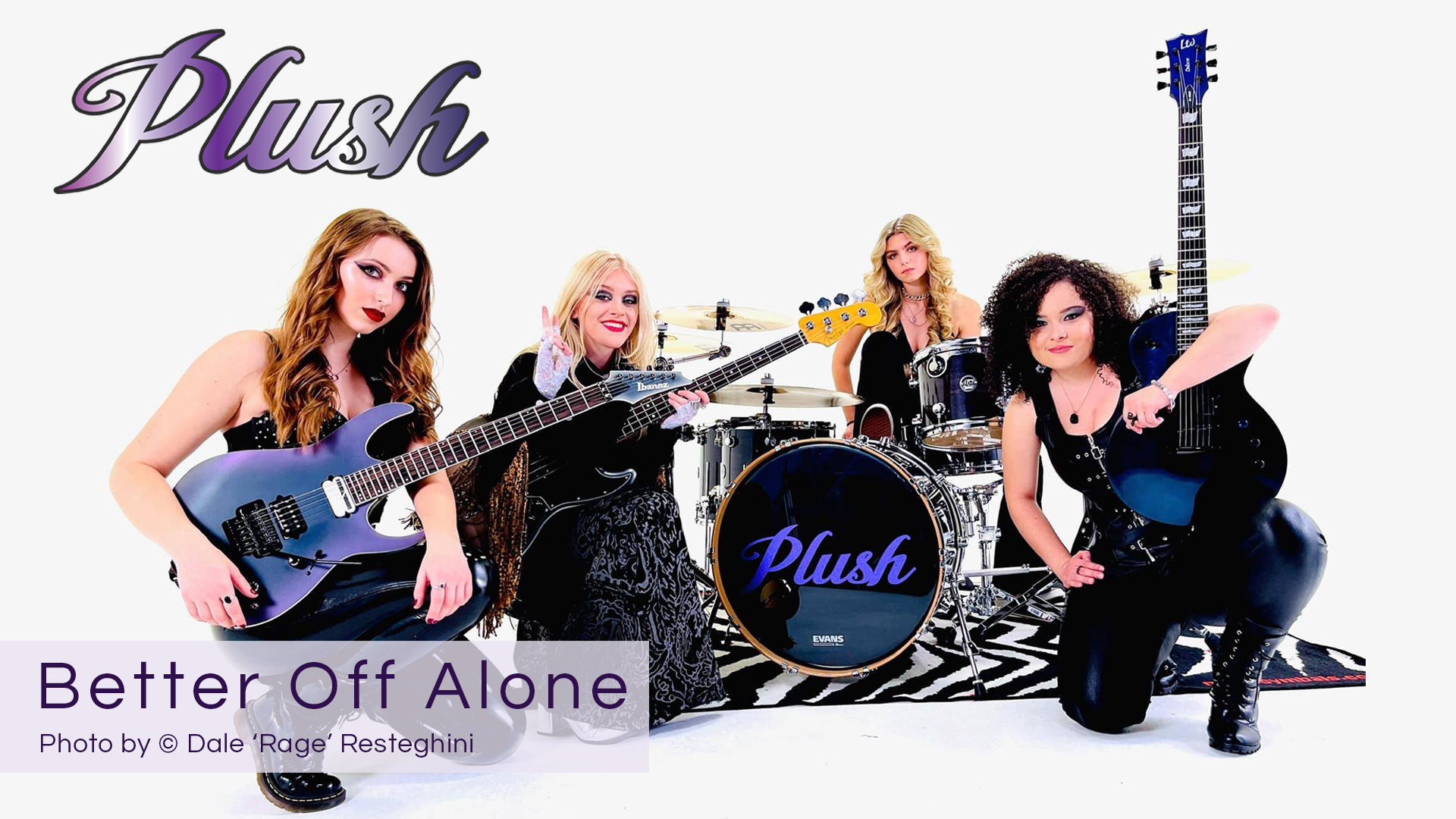 Music in this video